Reversing conveyors can be a special source of frustration. Reversing conveyors can be a special source of frustration. When the belt direction is reversed, the tension areas in the belting change location in relation to the drive pulley and loading area(s). Imagine having a conveyor that has a head drive, and at the flip of a switch, it becomes the tail drive. When the top side of the belt is running toward the drive pulley, the tight side of the belt is on top. However, when the belt is reversed and the top side is running away from the drive pulley, the tight side is now on the bottom. The carrying side of the conveyor actually changes from being pulled to being pushed. A belt being pushed is inherently more unstable than a belt being pulled; thus, it is more difficult to train.

This poses especially difficult problems, because all of the components now contribute differently to the tracking problems. The belt may run fine in one direction and wander all over when reversed, because different sets of rollers and pulleys control the steering of the belt. In order to overcome this type of problem, the system should be surveyed to determine which components are out of alignment. Corrections should be made as required to get all rotating components in alignment.

Other problems encountered and aggravated by reversing belts relate to off-center loading, multiple load points, and loading different materials on the same belt. Off-center loading can greatly aggravate tracking problems on reversing belts, especially if the load is applied closer to one end of the conveyor than to the other. This can be corrected by proper loading-chute design and the use of adjustable deflectors, grid and chute bottoms that can be adjusted to correct the placement of the load on the belt.

Different materials on the same reversing belt can also cause problems. Suppose the belt has been “set” to track with a material with a specific bulk density. Now, reverse the direction of travel and introduce a material with a different bulk density, and all of the previously-applied training adjustments may be wrong. In order to overcome this type of problem, a survey of the structure should be conducted to determine if the take-up pulley counterweight is insufficient or if the components are out of alignment, and corrections should be made as required. 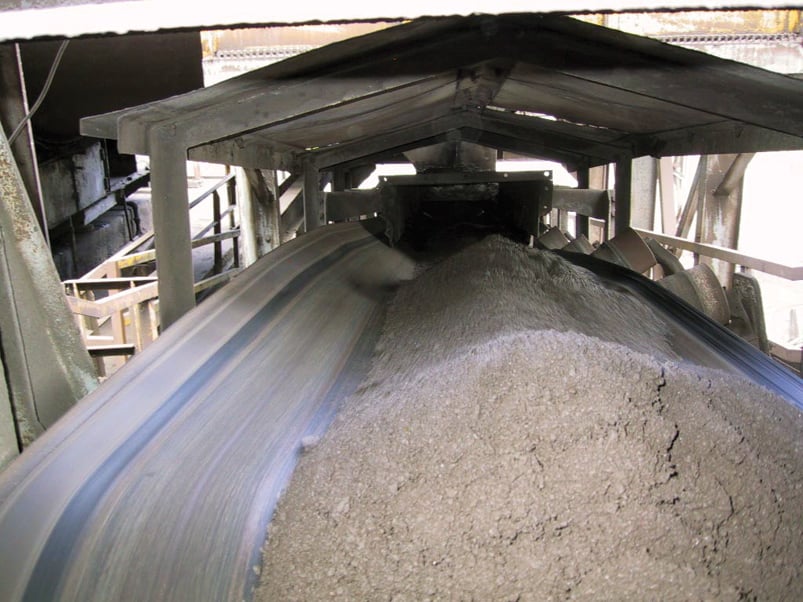 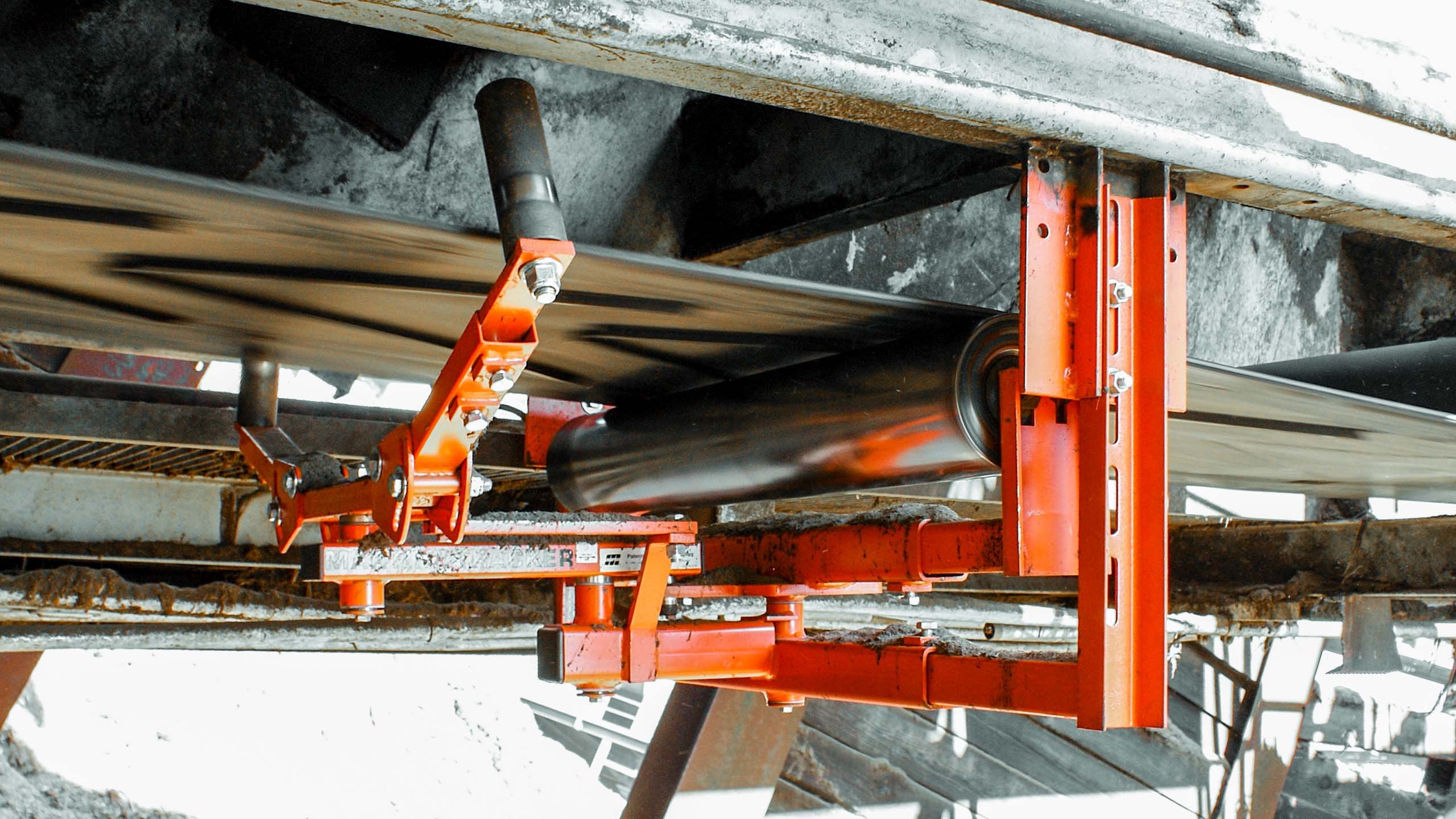 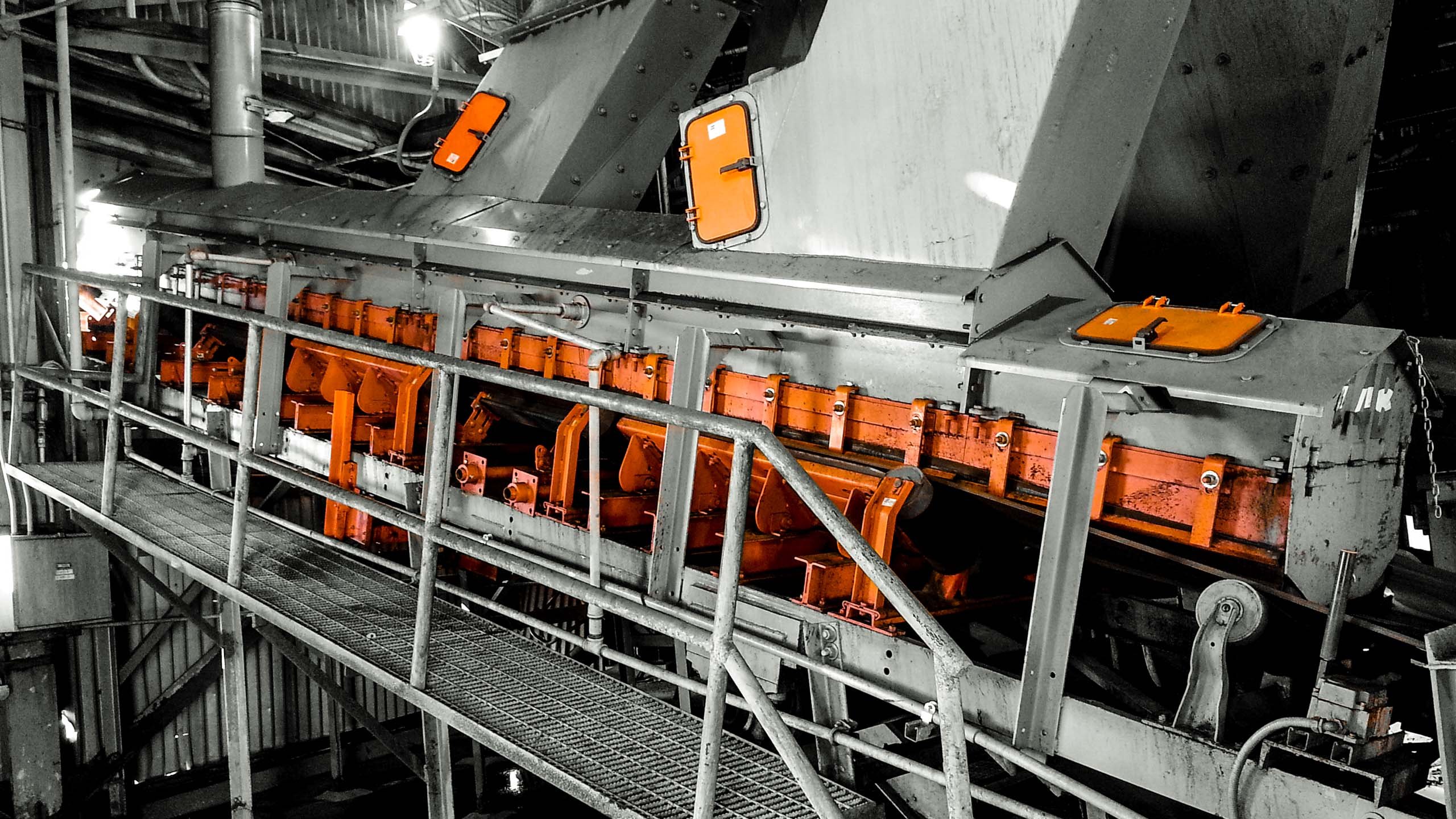