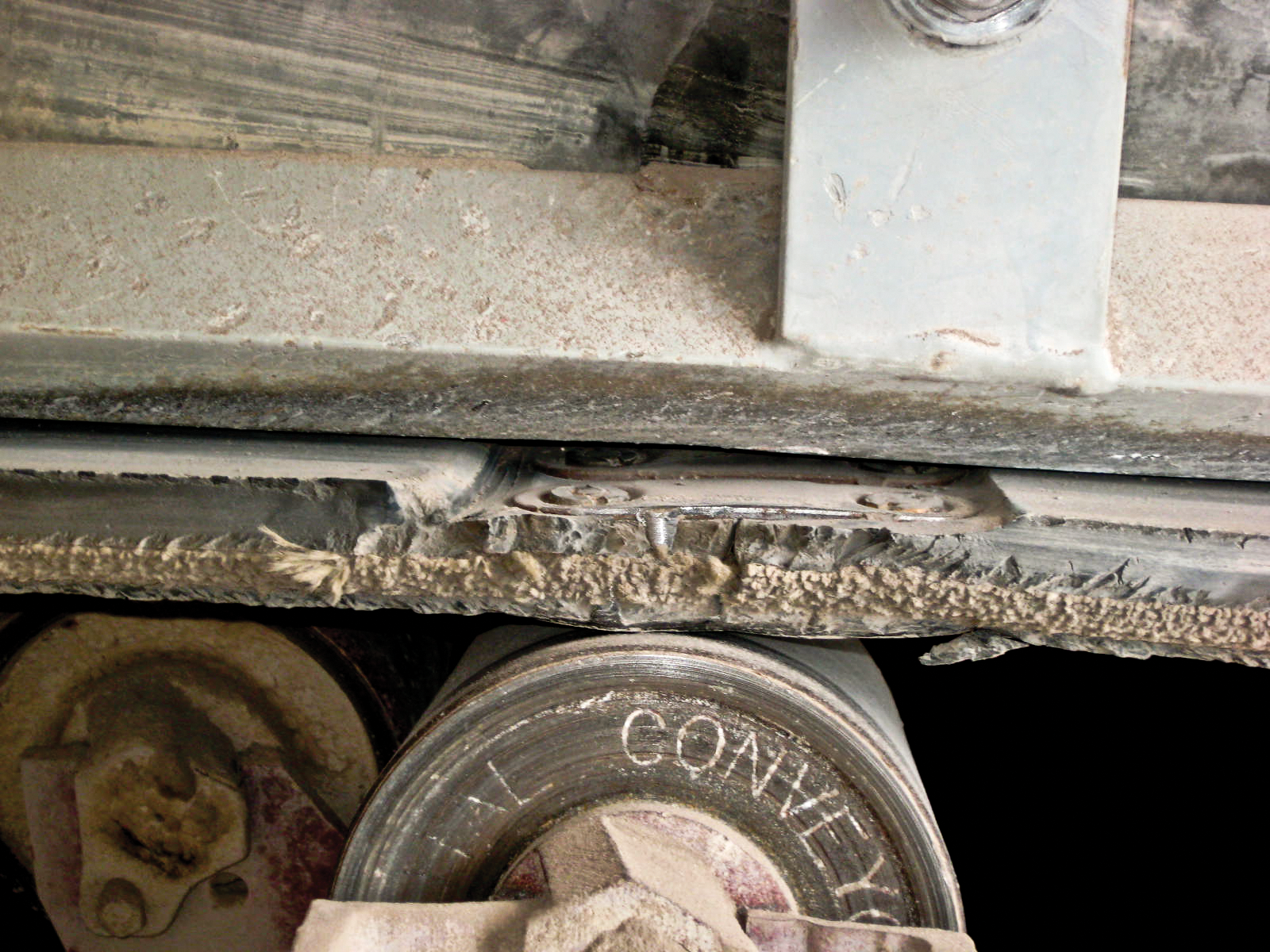 Mistracking can be caused by faults with material loading; faults with splices or the belt; or structural component problems. Sometimes, a combination of these problems will produce belt wander, and the root cause will not be evident. However, if a sufficient number of belt revolutions are observed, the belt’s running pattern generally will become clear, and the cause of mistracking will be disclosed. When a pattern does not emerge, the usual causes for belt mistracking are an unloaded belt that does not trough well or a belt that is unevenly loaded.

Wander Due to Faults with Splices or the Belt

Improper belt splicing is a significant cause of mistracking. If the belt is not spliced squarely, the belt will wander back and forth on the conveyor structure. This can usually be seen at the tail pulley. The belt will wander the same amount of each time the splice reaches the tail pulley, only to return to its original position after passage of the splice. If the splice is bad enough, it can negate all alignment efforts. The solution is to resplice the belt squarely.

A second significant cause of belt mistracking is a cupped belt. A cupped belt will track poorly because of differences in friction as it lies in the troughed idlers. Belt cupping is almost always a result of unequal shrinkage between the top and bottom covers of fabric. Heat, chemicals, trough angles and over-tensioning can also cause belt cupping. This problem can usually be avoided by keeping the proper aspect ratio between top and bottom cover thicknesses: usually 3:1 or less. In some cases, the belt will cup as the top cover rubber properties change as the result of aging or exposure to chemicals. A cupped belt is hard to make track consistently, because tracking depends upon the friction between the belt and the rolling components. If the belt is so badly damaged that the contact area is reduced, the ability of the components to keep the belt in line is also reduced.

While manufacturing defects in the belt or failures of components are often blamed for many belt-alignment problems, most of these problems can be traced to improper application of the belt. A belt that is poorly matched to the application will usually track poorly on the structure.

Wander Due to Structural and Component Problems

To be able to keep the belt running straight, the structure must be properly erected and corrected if damaged. Most structural damage occurs when the conveyor structure is struck by mobile equipment. Structural damage can also occur as the result of corrosion or a settling of the foundations.

It is equally important that the components be properly installed and maintained in relation to the belt for reliable belt travel. One major source of belt wander is gravity take-up systems that are out of alignment or that have too much side-to-side movement, or “slop.” The take-up pulley, like all other main pulleys, must remain in alignment with the belt throughout the take-up’s travel, or the belt will mistrack.

Rotating components can have a significant mistracking effect on the belt. Rotating components that have become frozen or inoperative due to material buildup or those with material accumulations that alter their circumference can be major contributors to erratic belt tracking. Consequently, transfer points should be engineered, constructed and maintained to prevent material spillage. An effective multiple-cleaner belt cleaning system should be installed to prevent material carryback. If necessary, cleaners can be installed to clean snub, take-up and other pulleys. 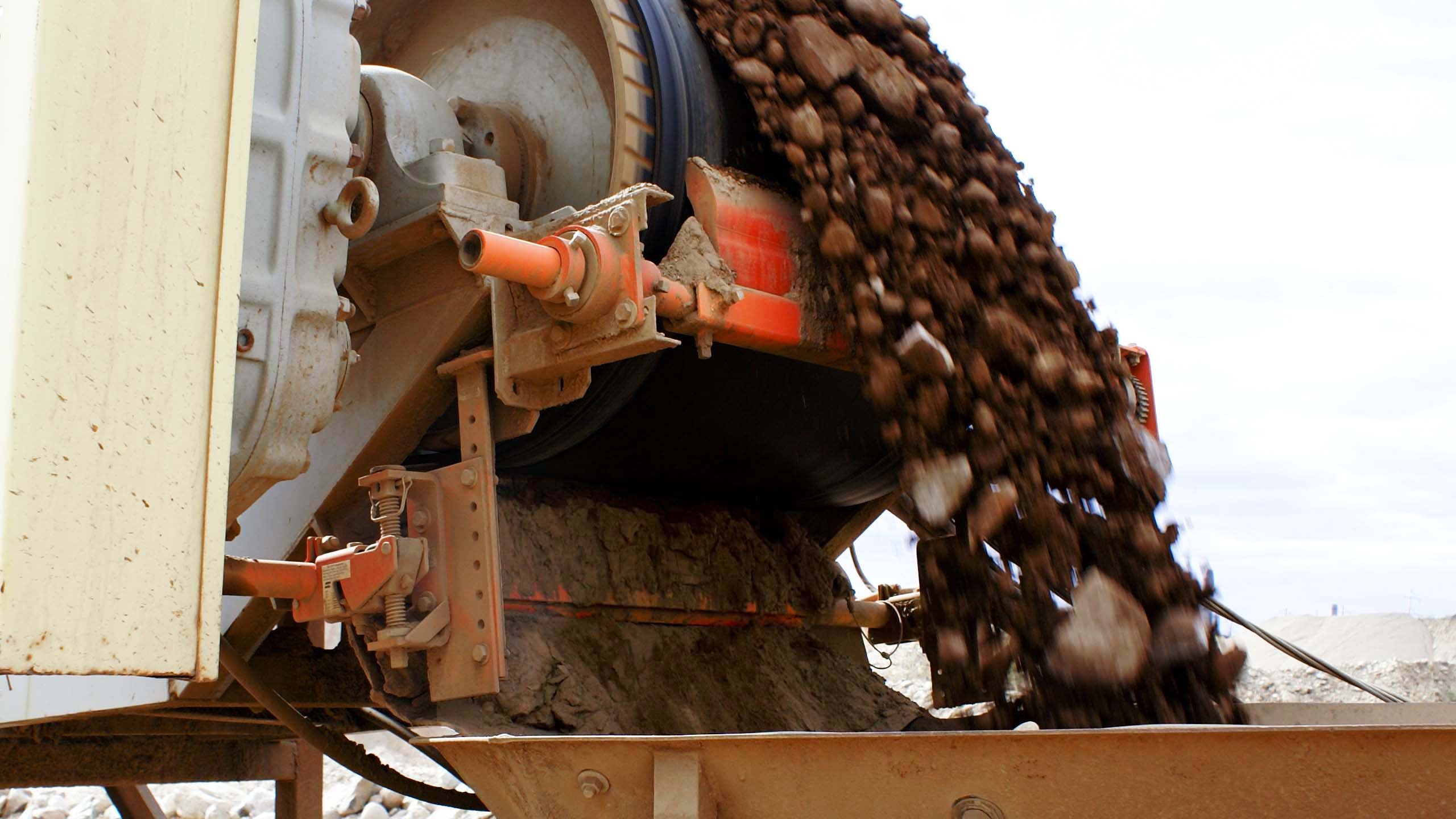 Full range of the most reliable, highest quality, and best performing belt cleaners on the market. 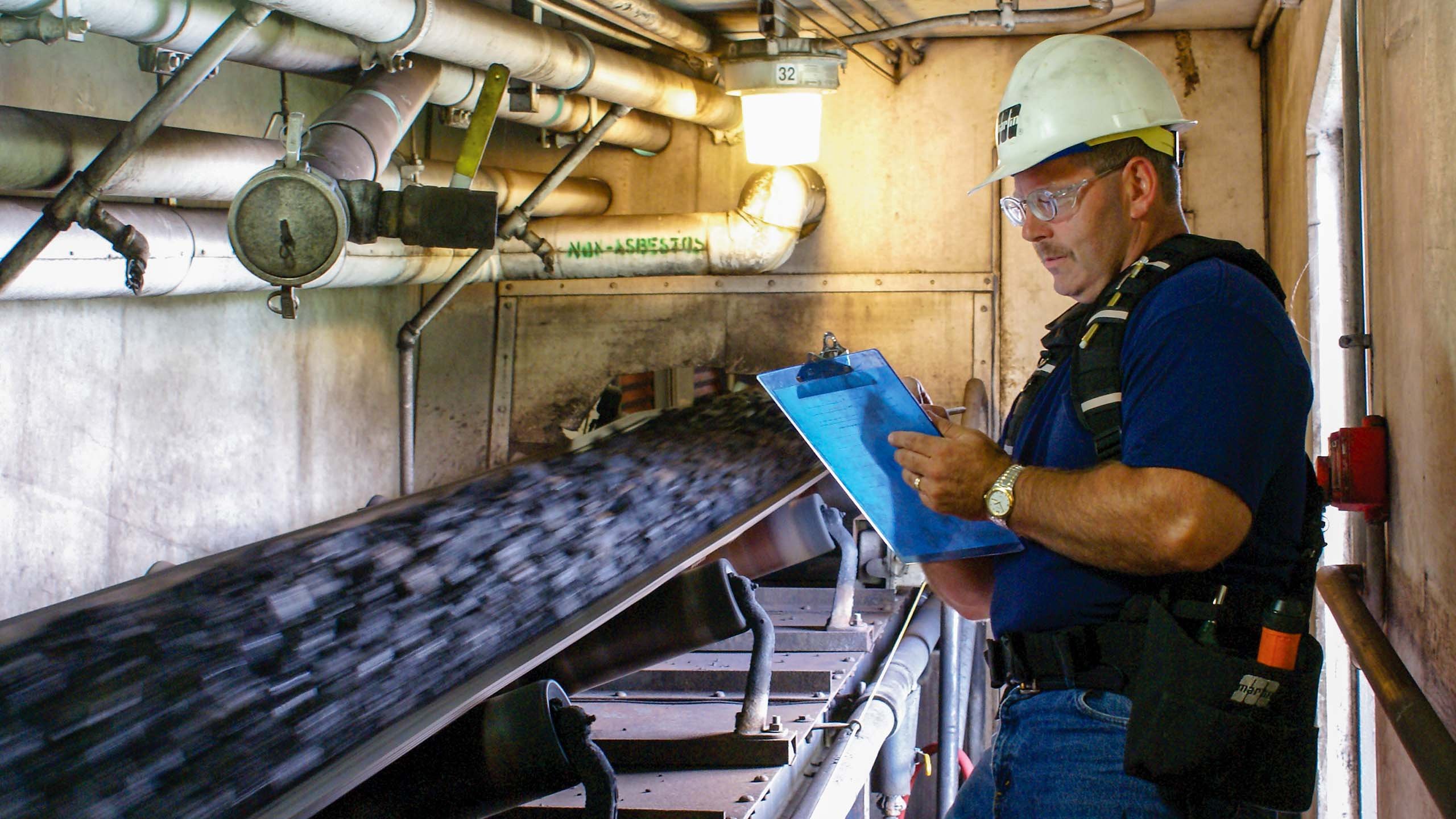